Inflation is fueling cost increases at nursing homes and assisted-living and independent-living facilities, which is tough for seniors on fixed incomes

Eldercare facilities are raising prices and adding new fees, straining older Americans and their families who step in to help.

Dan Gallo recently received a letter saying a new inflation-related daily fee of $25 will be added to his 92-year-old mother’s bill at Sunrise Senior Living for the remainder of the year.

“How many seniors can afford an immediate $750 a month additional to their monthly fixed budget?” says Mr. Gallo, whose mother, Vera Gallo, has dementia and lives in a Sunrise memory-care unit in Wheaton, Ill. 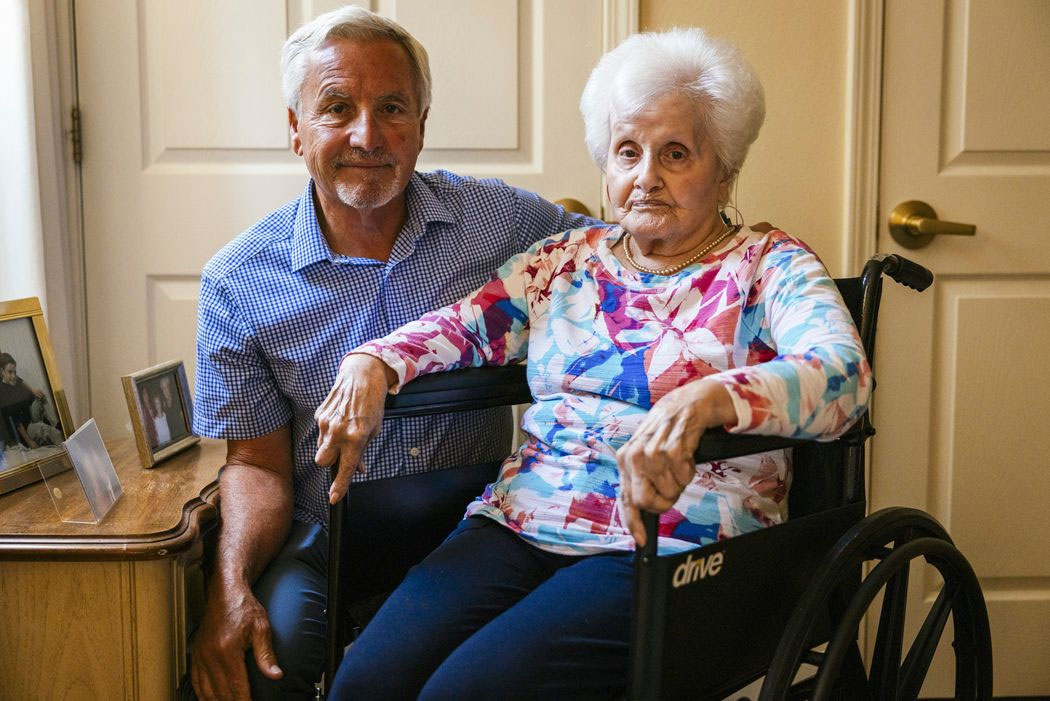 The new fee, announced in a letter he received in late August and effective Sept. 15, comes on top of a 10.2% increase in this year’s monthly bill for his mother’s care, he says, and another 9.7% rise slated for 2023.

Rates at many long-term-care providers, which include nursing homes and assisted-living and independent-living facilities, surged this year as providers dealt with higher costs of food, utilities, insurance, wages and supplies for managing and preventing Covid-19. The increases varied by region and type of care, but in some cases exceeded 10%, above recent annual rises of 3% to 5%, according to family members and service providers, who themselves have seen costs rise by double digits.

One recent study concluded that by 2033, more than 11 million middle-income seniors age 75 and older might not be able to pay for assisted living and are also unlikely to qualify for Medicaid, according to the research organization NORC at the University of Chicago. That would leave them more dependent on family, care experts say.

Monthly resident fees at independent-living facilities rose by as much as 12% in 2022, with an average increase of 4.4%, according to a survey by Ziegler, a Chicago-based specialty investment bank. Costs for nursing homes and adult daycare services increased 4.8% between August 2021 and August 2022, according to consumer-price index figures from the Labor Department.

Along with raising monthly room and care fees, which can include housekeeping, meals and bathing assistance, some providers boosted entrance fees—one-time charges to secure a living space—by as much as 15%. Some senior-living communities eliminated courtesy vans that take residents to medical appointments and charged more to bring food trays to a resident’s room.

“The overall cost of ensuring older adults’ health and well-being is skyrocketing,” says Katie Smith Sloan, president of LeadingAge, the association of nonprofit providers of aging services. Nonprofit providers rely heavily on Medicaid to cover the costs of residents who meet low-income requirements, and those reimbursements haven’t kept pace with rising prices for food, medical supplies and labor, she says.

Families who can’t afford higher rates may have to move parents, which they are reluctant to do, especially if a parent is frail and has Alzheimer’s disease. Stability and familiar surroundings are important to those with dementia.

Angela Olea, chief executive of Assisted Living Locators, based in Scottsdale, Ariz., which helps families find suitable senior living, says her advisers work with families to see if a parent who lives in a more desirable first-floor room next to the dining area can be moved to a less-expensive room on the second floor, or if medication can be safely administered by staff twice a day rather than four times a day. Providers are less likely to reduce or eliminate a move-in fee, which can reach $10,000. “There’s less flexibility,” she says.

Sunrise suggests residents see if they qualify for benefits through Veterans Affairs or a short-term bridge loan, or would consider “companion living“—basically a roommate—to lower costs and potentially reduce loneliness.

Still, costs for unanticipated services can catch families off guard.

Maura McGinn says her family spent close to $19,000 in one month this summer on her mother’s care at a nonprofit San Francisco senior-living community. Most of that bill—$10,500—went to a private caregiver, unexpectedly required by the senior-living community, to sit with her mother, Teresa McGinn, 84, because she was deemed a fall risk. The caregiver cost was on top of the monthly rate of about $8,500 for her assisted-living room and level of care.

“This is a huge wake-up call for our generation,” says Ms. McGinn, 55. “I’m Generation X. How in the heck are we going to handle future care costs?”

Ms. Gallo, the 92-year-old widow in Illinois, lives in a small apartment, consisting of one room with a bed and love seat, decorated with photos of her son and his family, and a bathroom, in the Sunrise memory-care community. She dresses in bright colors and has dementia but isn’t frail.

Dan Gallo, 69, says his mother wisely purchased long-term-care insurance when she was 62, but that the $250,000 coverage ran out earlier this year. She currently receives $3,100 a month from her pension and the pension of her late husband, George, and Social Security, he says. The October bill from Sunrise, which included the new daily assessment fee that started Sept. 15, amounted to $9,714. Her rapidly dwindling savings covers the difference, for now, says Mr. Gallo, who owns a management-recruiting business.

Jack R. Callison Jr., chief executive of McLean, Va.-based Sunrise, which has 20,000 private pay residents in 270 senior-living communities in the U.S. and Canada, noted in his letter announcing the new daily assessment that the additional charge would help offset rising costs due to inflation and the tight labor market.

“We know that you, too, are likely being impacted by inflation in all areas of your life, and do not take these necessary rate adjustments lightly,” he wrote. A Sunrise spokesperson couldn’t confirm that the fee was assessed on all 20,000 residents or provide a range of the daily charge, which was based on the individual’s current room, service level and ancillary fees.

Mr. Gallo praises the Sunrise caregivers and says they deserve a raise, which is why he didn’t object to the 10.2% increase in his mother’s rates at the beginning of the year.

The new daily fee, though, is upsetting because his mom is on a fixed income and rates have risen steadily, he says.

“I want to keep her there, but I may have to look at other options. She has pretty serious dementia, but her body can last a long time,” he says. He has an appointment to visit another senior-living community in October.