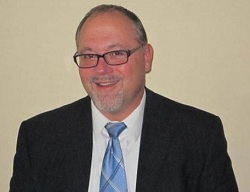 Born in north-central Minnesota on a family farm, Darrell developed a deep appreciation and love for farming and the great outdoors. His family moved to Fargo, North Dakota where he graduated from high school. His work ethic and out-going personality allowed him to enter the hospitality industry where he spent the next eight years working in hotel and restaurant management. After deciding to go back to school, he enrolled at the University of Minnesota Moorhead to pursue studies in Criminal Justice and Social Work.

In 1992, Darrell entered the insurance business as an insurance agent. He began offering health plans exclusively to the members of the North Dakota Grain Growers Association. He spent the next five years working with association members until he reached a point where he wanted the ability to specialize in Long-Term Care insurance. In 1997, Darrell joined GoldenCare, the nation’s largest agency specializing in Long-Term Care insurance. With his expanded market base, Darrell has consistently placed among the top five agents nationally with GoldenCare and has ranked number one in North Dakota for the past 10 years. He is a member of GoldenCare’s Honor Club and attained membership in the elite President’s Club.

Darrell’s expertise doesn’t stop with Long-Term Care insurance; he can also help you with life, critical illness, annuities, and final expense protection. He attributes his success to simply being honest in his advice and designing plans to fit each client’s situation. Darrell is a family man with a wonderful wife and three children. They’ve developed a deep love for the outdoors, they love to travel and also appreciate the arts.