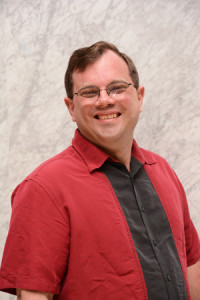 Ken’s success as an insurance agent and the longevity of his client base is due to his commitment to his clients and their financial well-being. Ken graduated from New Ulm Senior High School in 1989 and attended college from 1989 – 1991 at the Minnesota State University, Mankato. He then joined the Air Force and worked in classified communications until 1999. After being discharged from the Air Force, Ken went into sales and was drawn into the insurance business in late 2002.

He earned his Securities and Insurance license in 2003. Initially, Ken was a Financial Advisor, moving on to work with a major company in the Medicare insurance field from 2003 to 2007. Ken quickly became a top agent and has earned many awards and the admiration of co-workers. In 2007, in order to broaden his ability to help his clients, Ken entered the senior market. With that expansion, Ken was able to represent a multitude of companies and also offer multiple products to his clients.

Ken believes it is his destiny to help people protect their freedom of choice, their estate and assets, and their families. You can expect Ken to always be there for you regardless of your need.

Ken is licensed in over 20 states, fully servicing clients spread out over the USA. Ken and his wife, Crystal, have 2 daughters and 3 sons. Ken’s wife assists Ken with his insurance business. In Ken’s spare time, he enjoys camping, boating and studying history.